please scroll to bottom for access to past productions

women in sealed rooms | the echo chamber trilogy is conceived as a performative interrogation into the female as determined and defined by the male - in written history, in the three great monotheistic religions still enmeshed in sibling warfare, in art, in literature, in the theatre. Attempts at self-determination and emancipation are relatively new, still young, within the span of recorded time; and the violence, the injustice and inequalities persist in societies globally. In several cases, these attempts at emancipation only reaffirm the values of the dominant "male" world-order: war, conquest, possession, authority, hierarchy...

company writing on water uses three exemplary texts of world drama to delve into this issue, approaching these texts with our present sensibilities as performers and as human beings caught up in a world of increasing confusion about, and intermingling of gender, sexuality and the roles we play in society. 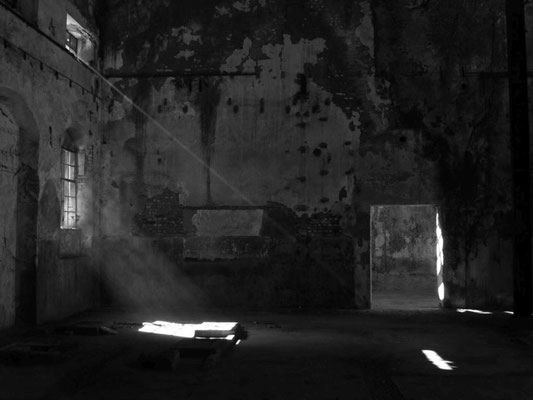 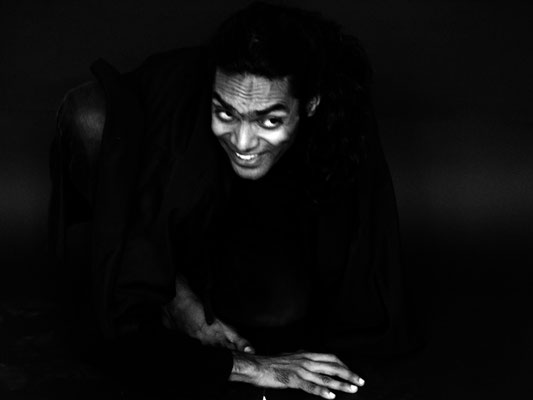 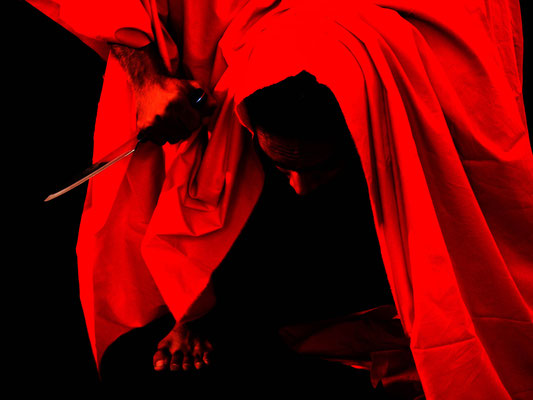 SLEEP NO MORE|TheMadnessOfLadyMacbeth is an investigation into the condition of a woman in a sealed room.  This sealed room is an echo chamber.

The starting-point for this performance is the hypothesis that the stories we tell ourselves construct our reality. The narrative that Lady Macbeth inhabits becomes the sealed room - the echo chamber - from which she cannot escape. This is the narrative of a woman defined by the patriarchal system she is part of, and has accepted. Her dreams and desires are conditioned by the male world-order characterised by possession, conquest and war. Not allowed to find her own voice, she finds her drive in an "over-reaching ambition" that only reinforces the values of the male order, leading to the murder of Duncan. The consequences of this act are guilt and unease, anxiety and insomnia, which in turn give rise to paranoia, deranged perception, regression and madness. She relives key moments from the past in a relentless cycle that eventually leads to total breakdown and death. The performance itself closes before the moment of death, suggesting an infinite loop, an infinite echo chamber of the mind. The stories we narrate become our reality. The stories we narrate determine whether we live in heaven or in hell.

The performance hopes to suggest that the choice of which narratives we tell ourselves lies with each one of us. The choices we make determine our radius of freedom and power.

This production has been enabled by the

TO MOSCOW! continues with our investigations into women in sealed rooms.

The second part of the trilogy is inspired by Anton Chekhov's The Three Sisters, and explores a state of being that is forever recycling memory and projecting utopian futures. Yearning becomes the primary focus of our performance. Yearning as a driving-force, but also yearning as stagnation or paralysis. We extract the three sisters - Olga, Masha and Irina - from the milieu of the play and the other characters around them, to look at them within the isolation of the echo-chamber of memory, dreams and desire.

For this creation, writing on water will collaborate creatively with the dancers and musician of cie.tauschfühlung, Vienna, and their choreographer Bianca Anne Braunesberger.  The desired creation is situated at the intersection of theatre, dance and performance. Fixed choreographic structures will be interspersed with spaces for live improvisation.

Primary practical meetings will occur in January 2018. Rehearsals will develop over the year in several intensive phases with breaks in between, leading up to a showing in Linz, Austria, in autumn 2018, and a Berlin premiere in December 2018, in the Ufer Studios. This premiere takes place within the Festival of YOUtopias organised by the Little Black Fish Collective around the 70th Anniversary of the Universal Declaration of Human Rights.

based on the play by

Clicking on a picture on the right will guide you  to write-ups, photos and/or videos of our past work.